How VPR Helped Prioritize the Most Dangerous CVEs in 2019

How do VPR and CVSS compare when assessing the most dangerous CVEs in 2019? Let’s find out.

Two weeks ago, we kicked off a blog series on vulnerability priority rating (VPR), with a post focused on the characteristics of VPR that differentiate it from CVSS. In this post, we will demonstrate how VPR can be used to target the most dangerous vulnerabilities that exist in your network.

The riskiest vulnerabilities based on industry reports

It is common for organizations to publish lists of the most dangerous vulnerabilities based on their own telemetry and analysis. For this analysis, we examine the most dangerous CVEs of 2019 based on publications by Recorded Future, SonicWall and Verint. Their respective ratings capture different aspects of threats: threats from advanced persistent threat (APT) activities, threats from attacks in the wild and threats captured from the web.

We will look at how VPR could have helped target the riskiest vulnerabilities in the threat landscape. First, a quick note on the industry reports:

Overview: A look at the data

The three reports highlight the 31 most dangerous CVEs in 2019, affecting 76 products from 18 vendors. Around 40 percent relate to Microsoft products while the remainder are split across 17 other vendors (see Figure 1). 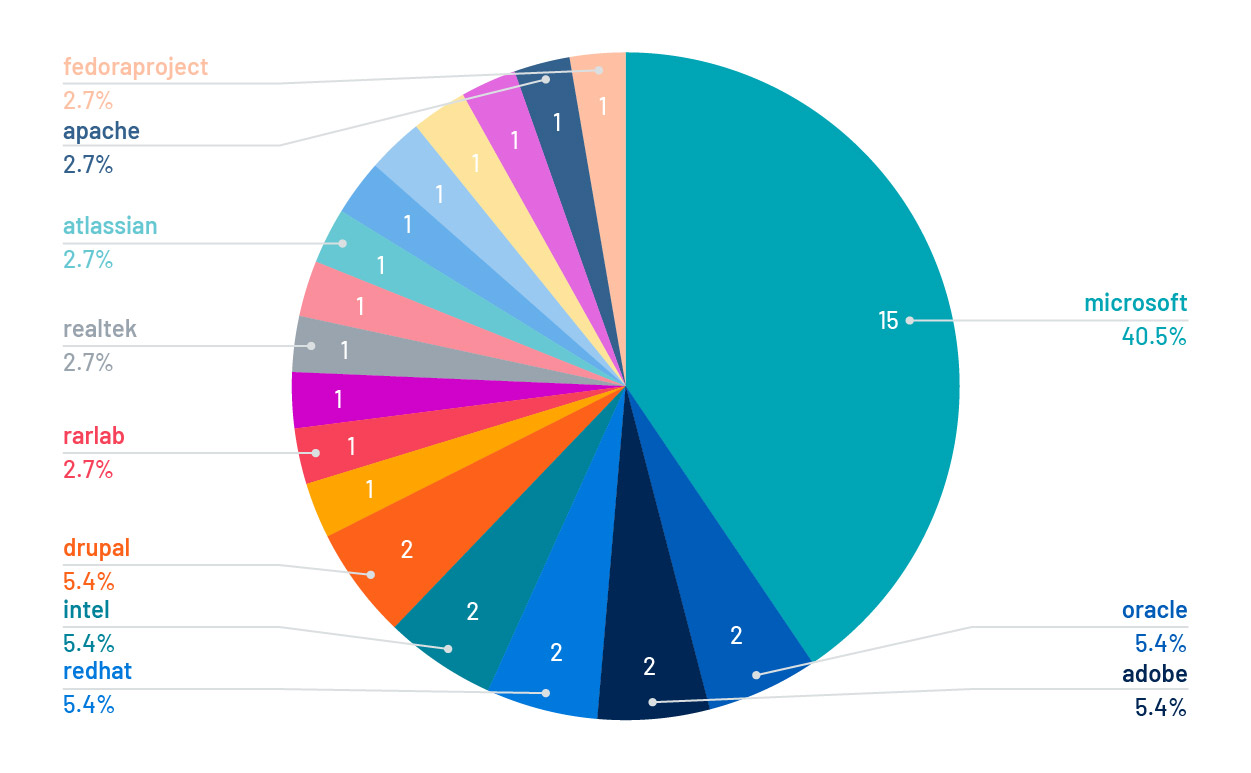 Figure 1. Most dangerous CVEs in 2019 by vendors

Table 1 lists all the CVEs included in the three reports, ordered by VPR score. The RF (Recorded Future), SW (SonicWall) and VT (Verint) columns indicate the report where each CVE is listed. In general, VPR is better at reflecting the threat of the CVEs than CVSS: 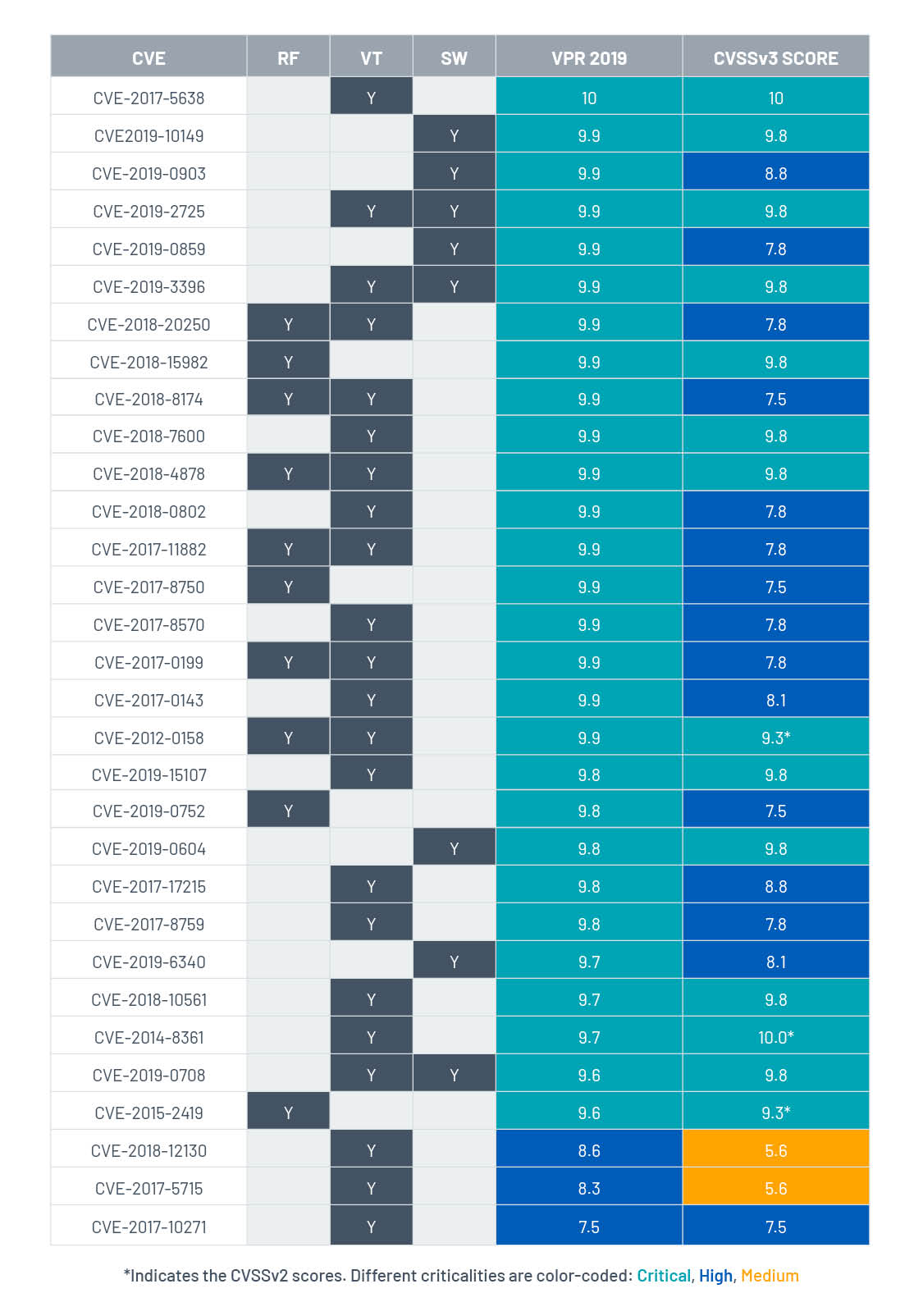 Do not overlook local vulnerabilities

A common misconception is that the most exploited vulnerabilities are associated with remote attacks (attack vector = network [AV:N]). The statistics, however, tell a slightly different story. Nearly a third of these vulnerabilities are exploited locally (attack vector = local [AV:L]) via phishing campaigns or spam emails, for example. See Figure 2. 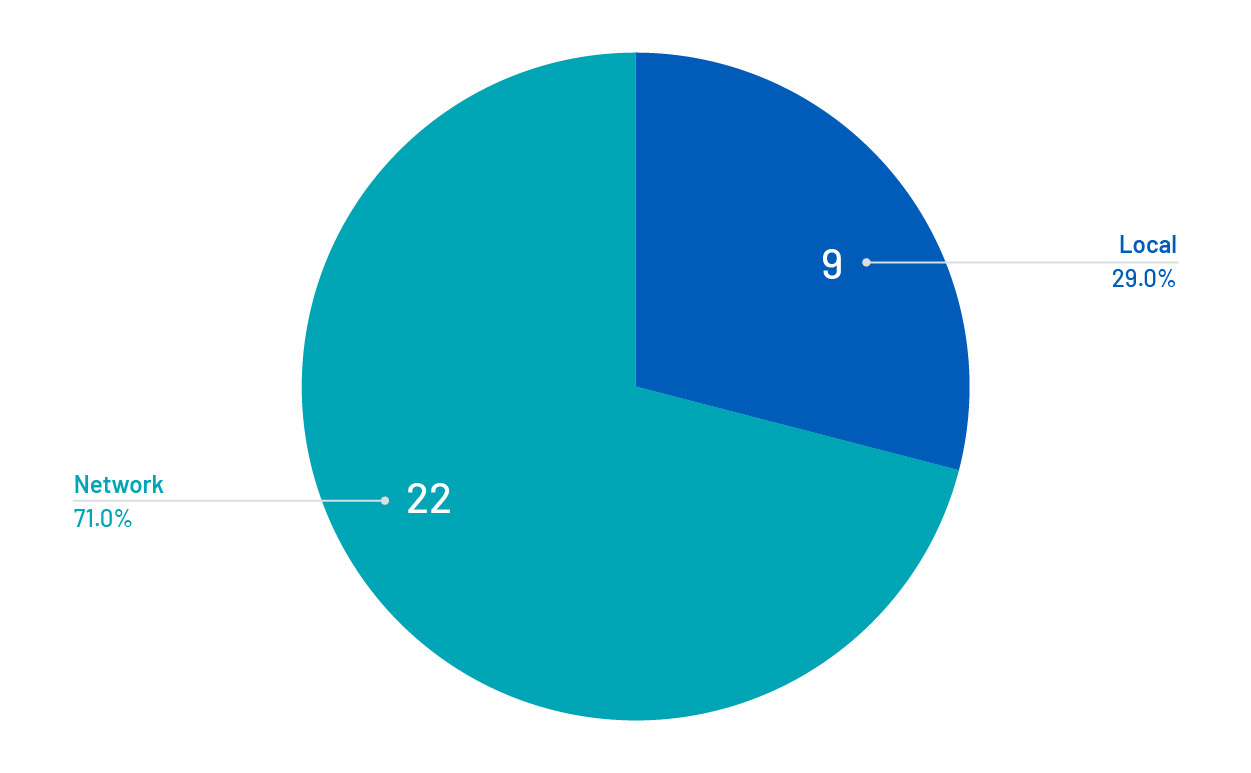 Figure 2. Most dangerous CVEs in 2019 by attack vectors

As shown in Table 2, the average CVSSv3 score for CVEs with a local attack vector is 7.3, but 9.0 for the remotely exploitable vulnerabilities. This difference is due to the fact that the CVSS scoring formula gives a lower weight to AV:L than AV:N. This can result in locally exploited vulnerabilities being excluded from remediation plans based on their CVSS score. In fact, there is only one configuration that could generate a Critical CVSSv3 score for a locally exploited CVE: AV:L/AC:L/PR:N/UI:N/S:C/C:H/I:H/A:H.

Table 2. Comparing average VPR with CVSS for the most dangerous CVEs in 2019, broken out by attack vector

One example is the Microsoft Office vulnerability, CVE-2017-11882, which was selected as one of the most dangerous CVEs in 2019. Exploitation of this CVE is often associated with phishing emails. Successful exploitation can run scripts to download, execute and persist backdoor trojans on the target host. Although a patch was released in 2017, this CVE remains under constant threat. In June 2019, it was reported as being under active exploitation by cybercriminals targeting European countries. IBM researchers have also found evidence of it being actively targeted in their honeypot systems in 2019. This year, there are reports of it being used in phishing campaigns in the pandemic of COVID-19. Based on Tenable scan telemetry, we estimate that eight percent of our customers are still affected by this vulnerability.

Considering the persistent threat against it, this CVE should be one of the first patched following detection in your network. CVSSv3 rates this CVE as 7.8 because successful exploitation needs to be performed locally and requires user interaction. As a result, such a CVSSv3 score would rank CVE-2017-11882 behind 18410 other CVEs for remediation. On the flip side, the VPR for this CVE is 9.9, flagging it as a top priority.

Threat is more than being popular on the web

Not all these CVEs came under the spotlight in 2019. Google Trends is a great tool for assessing the popularity of search terms. It provides weekly popularity scores for search terms you input. The scoring is relative, with the most popular term scoring 100 at its peak. The other search terms are scaled between 0 and 99.

We pulled Google Trends popularity scores for all the 31 most dangerous CVEs. The Top 5 most popular CVEs based on Google Trends were:

Figure 3a. The top 5 most popular CVEs based on Google Trends

The popularity of CVE-2019-0708 (BlueKeep) was so great in 2019 that it dominates Figure 3a, making the trend lines of other CVEs become hardly distinguishable from zero. To better illustrate the trend of popularity for other CVEs, we excluded the top three most popular CVEs from the search and redid the chart (see Figure 3b). CVE-2019-10149 and CVE-2018-12130 are included in Figure 3b as references for scale between the two charts. 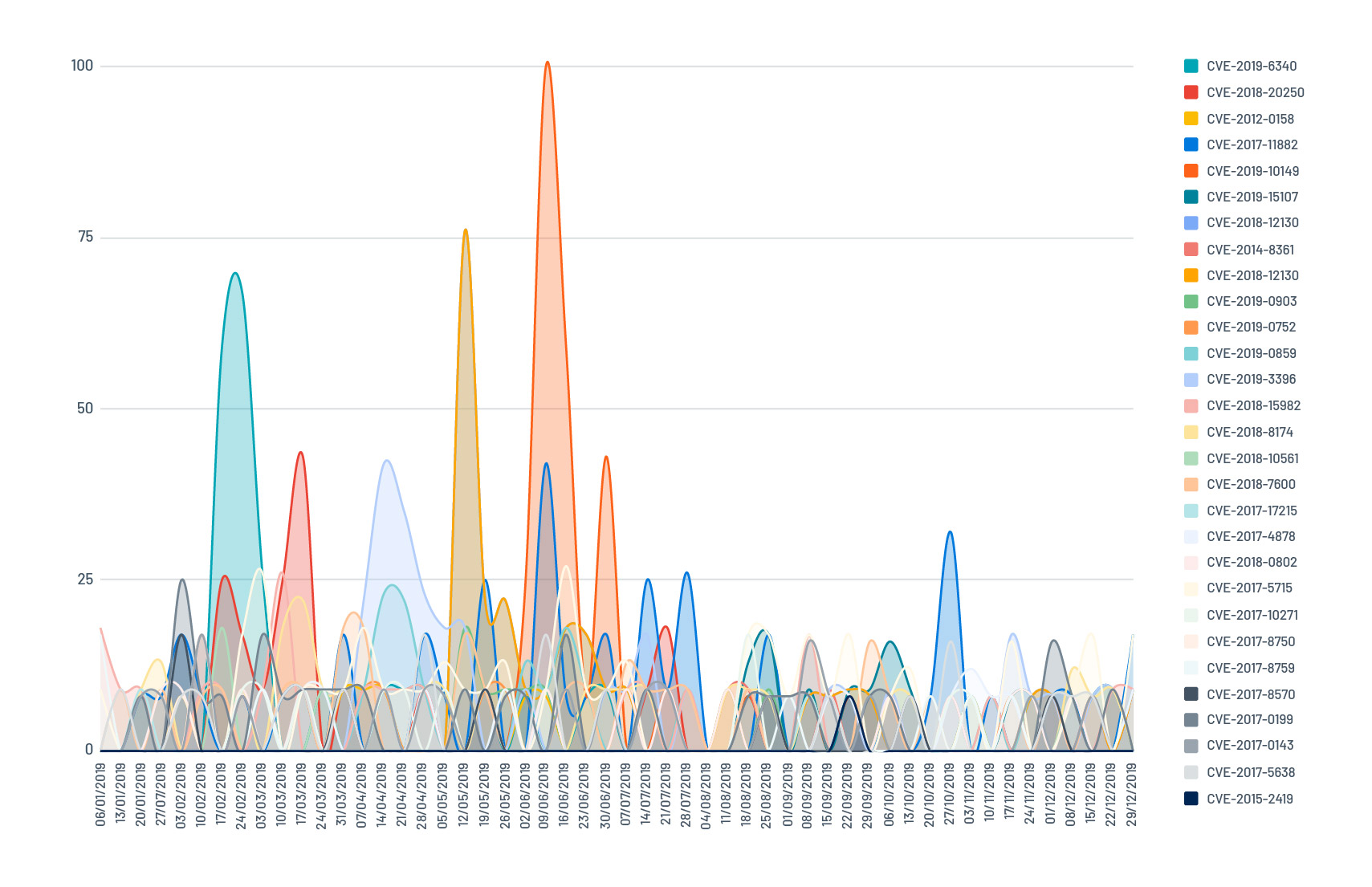 Figure 3b. CVE popularity by Google Trends excluding the top 3 most popular CVEs

These CVEs fall into two groups:

Dangerous CVEs not rated to be VPR Critical

Three of the most dangerous vulnerabilities in 2019 did not receive a VPR Critical rating:

In part 1 of the blog series, we explained that VPR is composed of a technical impact component, which is taken from the CVSSv3 impact score, and a threat component generated from our machine-learning-based threat model. In this case, all three vulnerabilities were assigned low impact subscores. The low impact component essentially anchors the VPR score to be below 9 based on the scoring model.

As VPR is a composite score, the weights assigned to the various components is an ongoing topic. So, while VPR on its own can be used as filtering criteria for vulnerability remediation efforts, it is not the only factor to consider. Sometimes, when considering other factors, there might be a trade-off:

The VPR drivers, which we’ll explore later in this blog series, can help refine the decision- making process.

In this post, we compared VPR with CVSS scores for the most dangerous 31 CVEs reported by Recorded Future, SonicWall and Verint in 2019. VPR rated 28 as Critical while CVSS rated 14 as Critical.

Moreover, dangerous vulnerabilities are not always the ones that make the headlines. By looking at Google Trends, we noticed six dangerous CVEs did not come under the spotlight in 2019. Hence, identifying and remediating the most dangerous CVEs based on web popularity is not reliable. These CVEs might have had their taste of the limelight, but would require security researchers to spend time digging into their history. Instead, the use of multiple threat sources and exploit code maturity allows VPR to identify vulnerabilities with stealth threats.

Finally, we talked about the importance of using VPR scores with other criteria, like those offered as VPR drivers, for better decision making.

How to Use VPR to Manage Threats Prior to NVD Publication

How does Tenable’s&nbsp;VPR score help users manage newly disclosed vulnerabilities, even before they’re published on the National Vulnerability Database (NVD)? Let’s find out. In April, we published...

This is the third installment in our three-part series exploring how to use Tenable products to protect credentials used for network assessments. Here, we focus on ’nix style systems: Linux, Unix and ...

This is the second installment in our three-part series exploring how to use Tenable products to protect credentials used for network assessments. Here, we provide specific guidance for Microsoft Wind...

FREE FOR 30 DAYS Enjoy full access to detect and fix cloud infrastructure misconfigurations in the design, build and runtime phases of your software development lifecycle.

Contact a Sales Representative to learn more about Cloud Security and how you can secure every step from code to cloud.